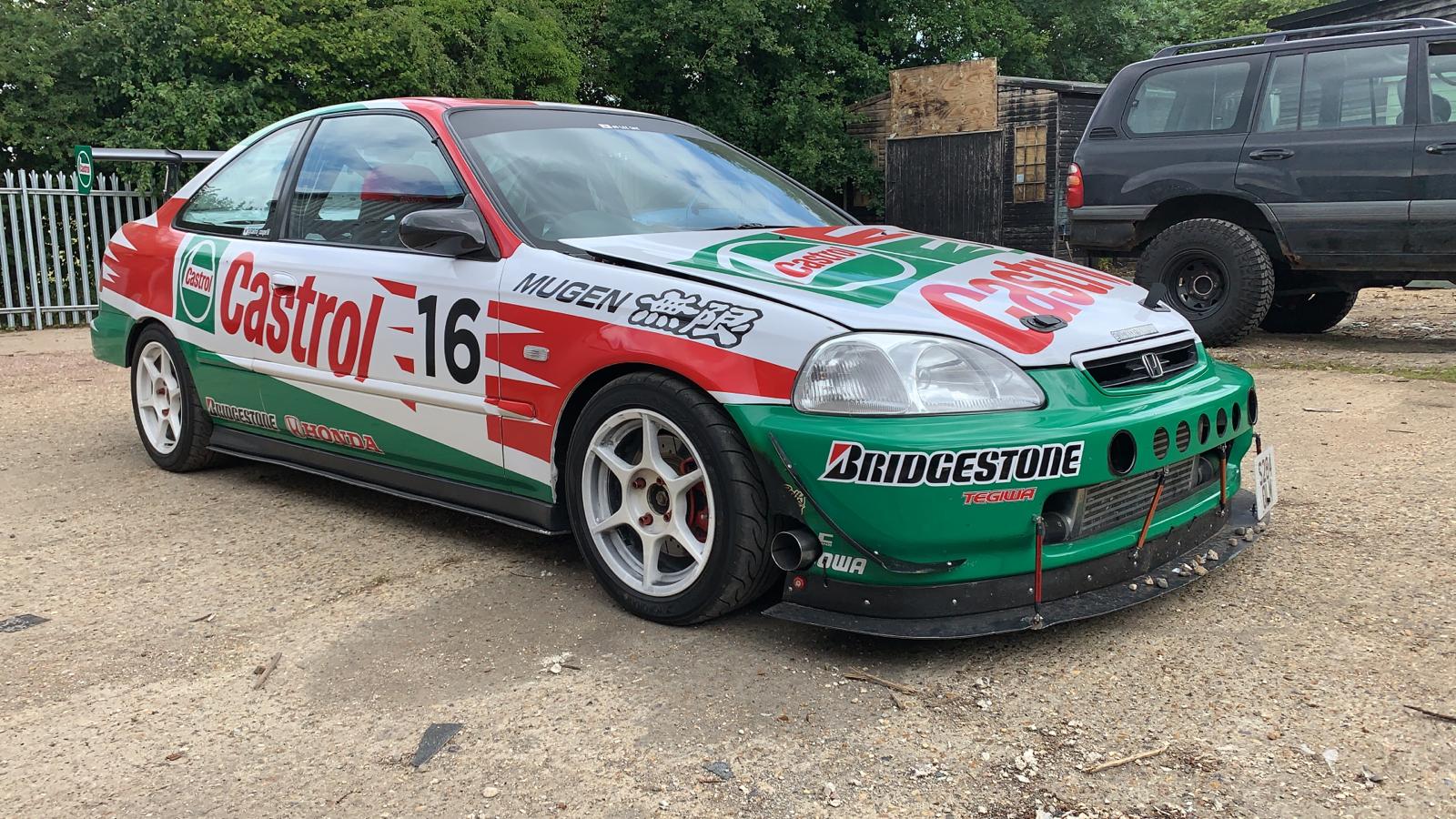 A messaged dropped into our Instagram inbox from Michael (@castrol_coupe16) asking for a Turbo manifold for his Honda B18 Turbo Conversion, how could we say no? Michael already had a turbo manifold, and his car was a fully working driving car, however, he wasn’t happy with his current manifold as it had cracked a few […] 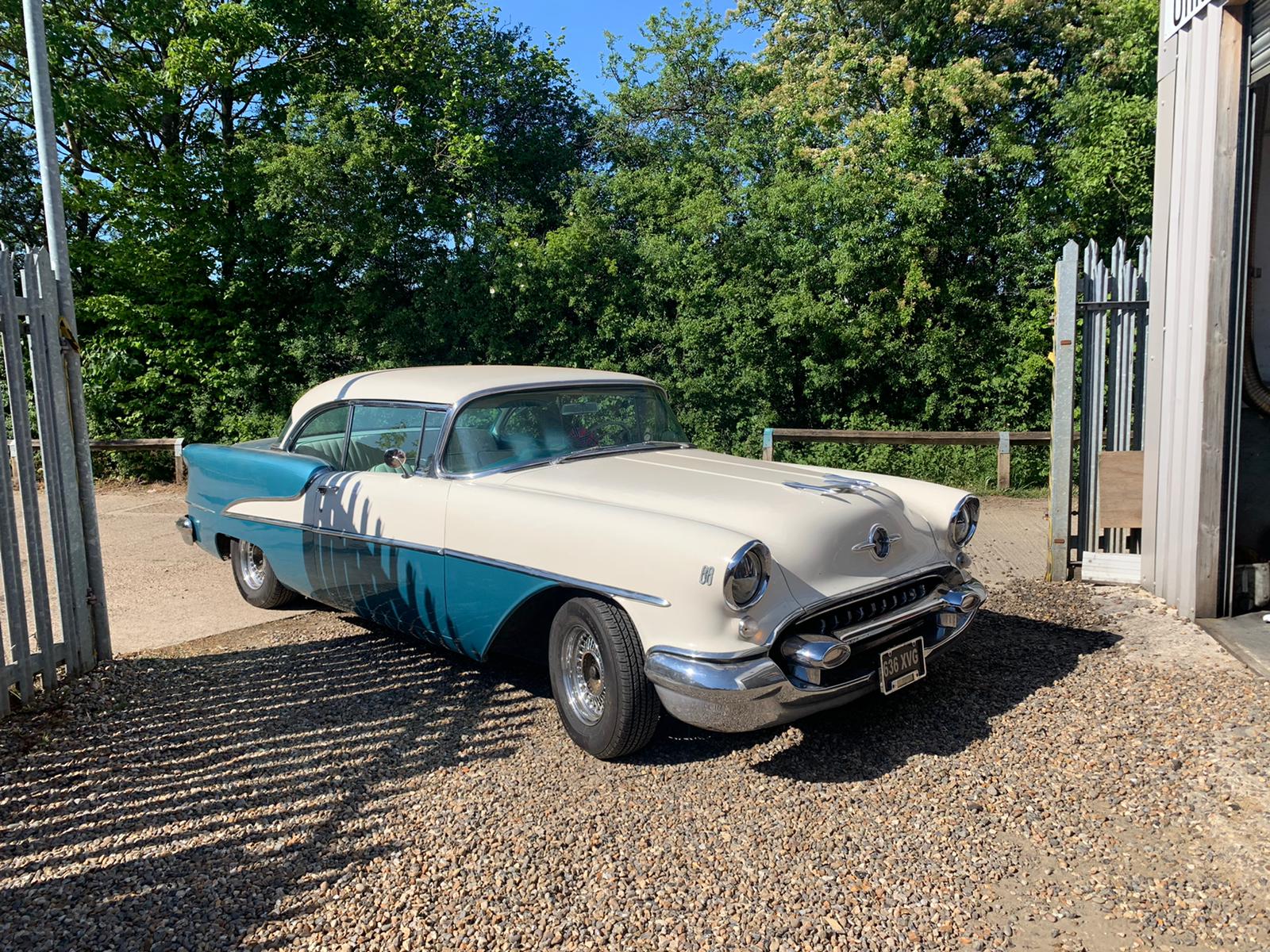 The spirit of the 50s was definalty alive when this 1955 Oldsmobile Holiday Super 88 rolled into the workshop. The 383 Cubic Inch (6.3L) Chevy V8 needed a new exhaust to help it breath better and produce a proper V8 Noise As the Oldsmobile features a V8 Engine we built a twin system =, with […]

The phone rings countless times a day, and every single time we have no idea what the person on the other end is going to ask for. Fairly often the voice on the other end will talk of a car that we have never heard of (and google quickly springs into action). But there is […] 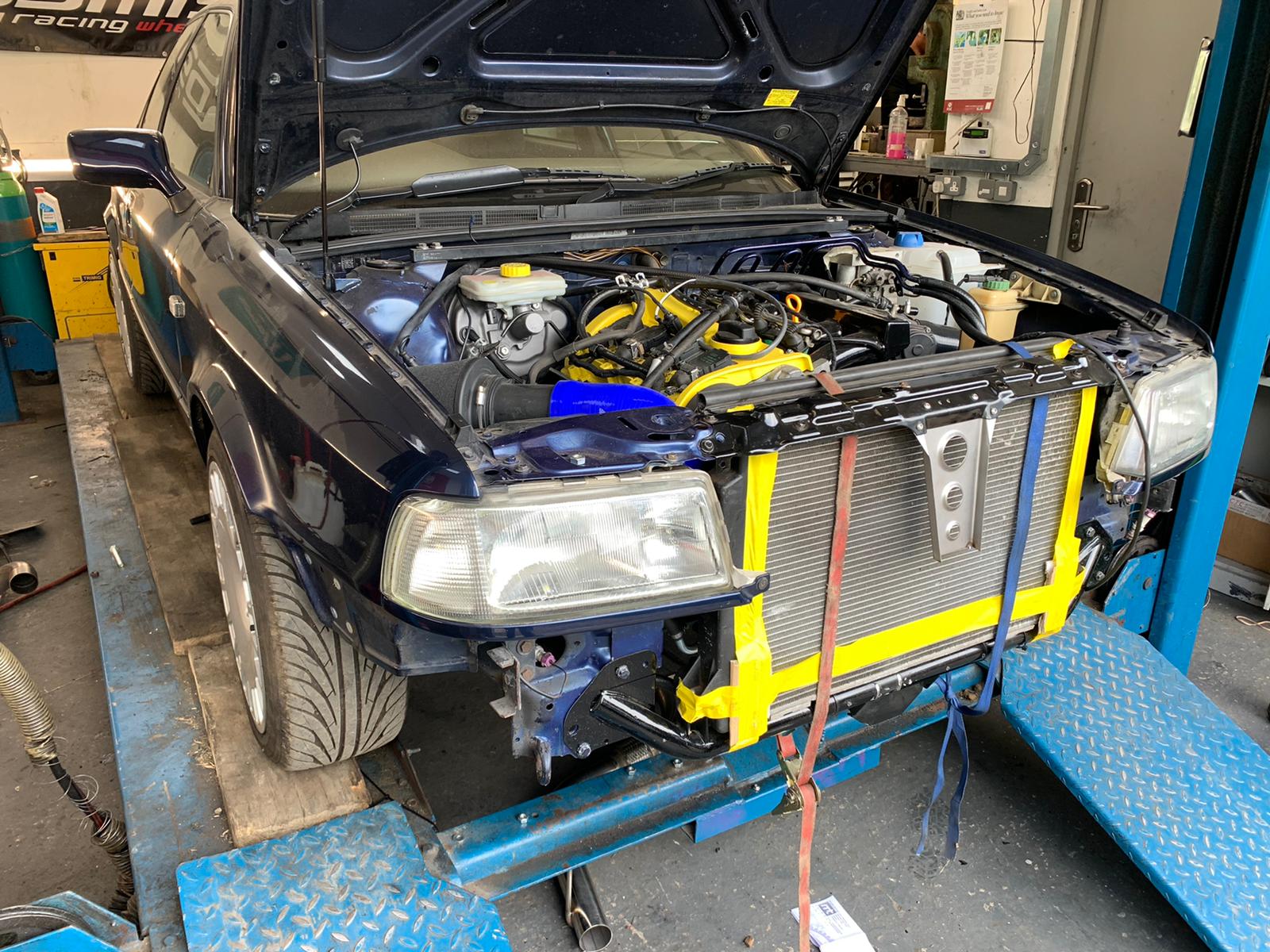 Here is something we are unlikely to repeat any time soon, not because its super rare or exotic. Its just a conversion that in the real world just isn’t done all that much. Rob has taken this Audi 80, and equipped it with a 1.8 20V Turbo engine originating from a Mk4 Golf (or similar). […] 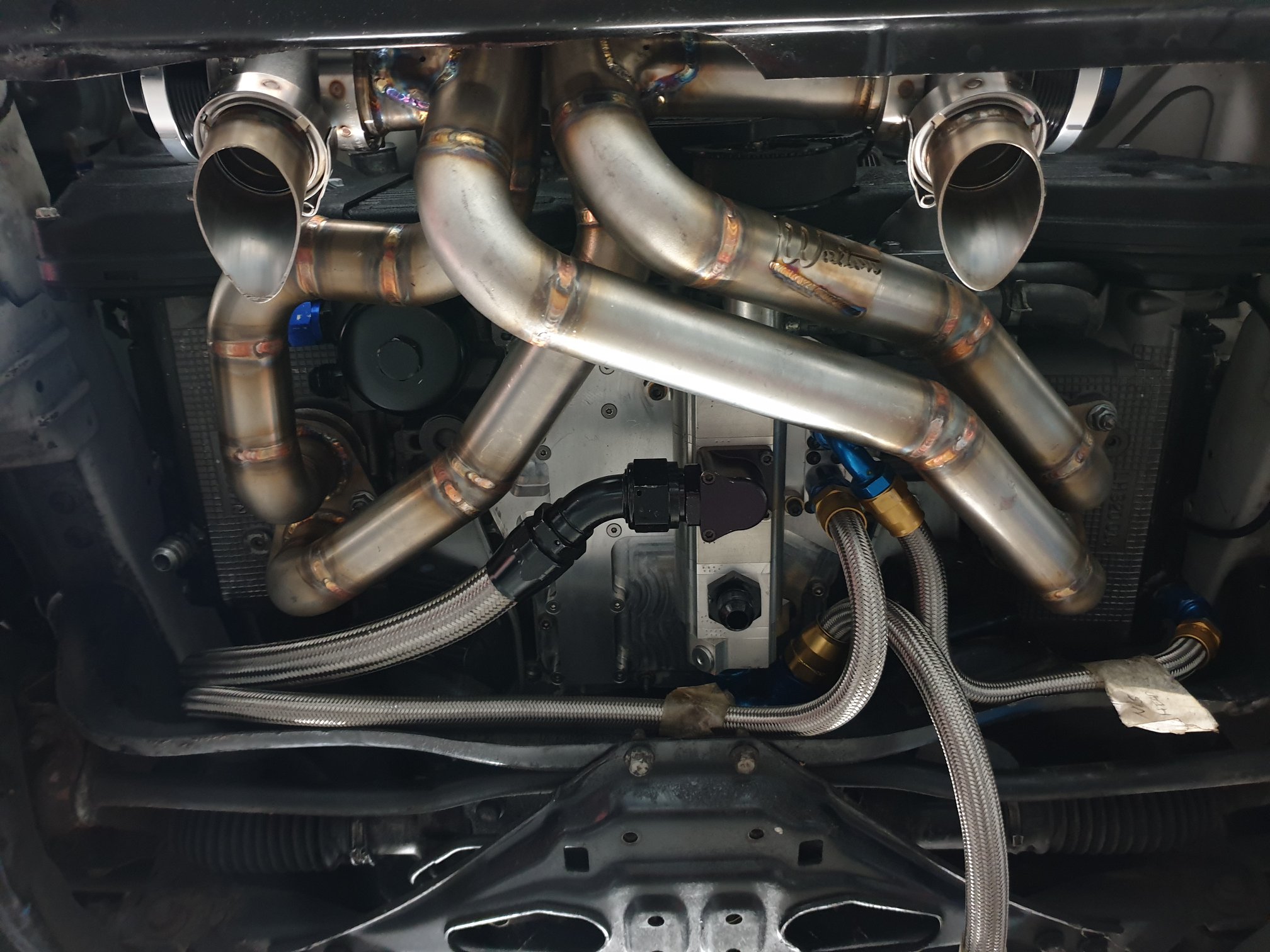 hen most people think of the Subaru Impreza, They think rally car. Haroon’s Impreza is a little different though. The Subaru is being built as a street/track day machine and its party piece is the Dry Sump 2.3L EJ20 Engine for which he specced a Borg Warner EFR9180 Turbo. And that’s where we come in. […] 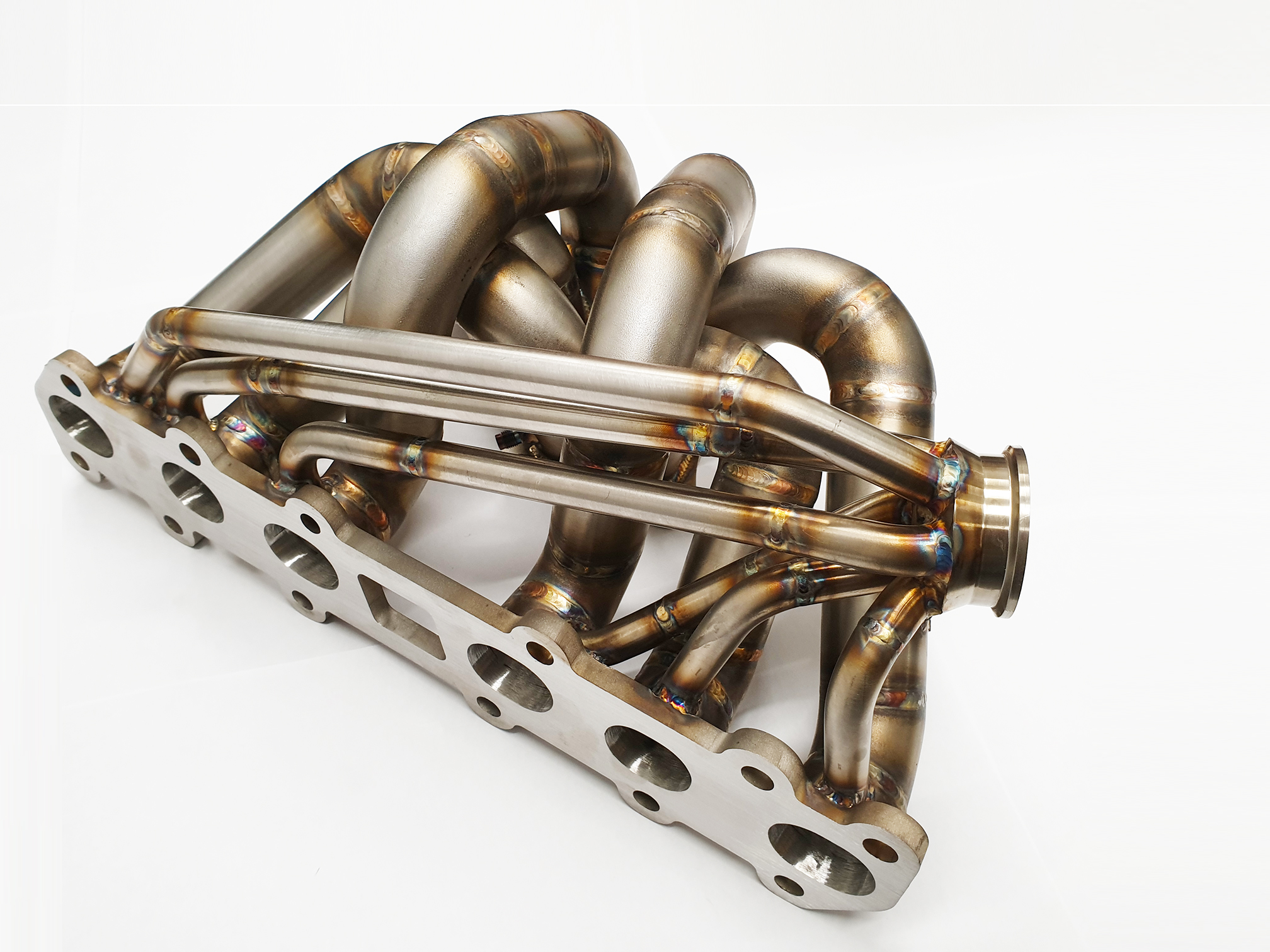 Fresh Air Anti Lag Anti Lag or more specifically Fresh Air Anti Lag is an exciting topic!  What is it? Why do I need it? and where can I get it? On turbocharged cars, there are many enemies, but one of the most prominent is Turbo Lag. What is turbo lag? A turbo is effectively […] 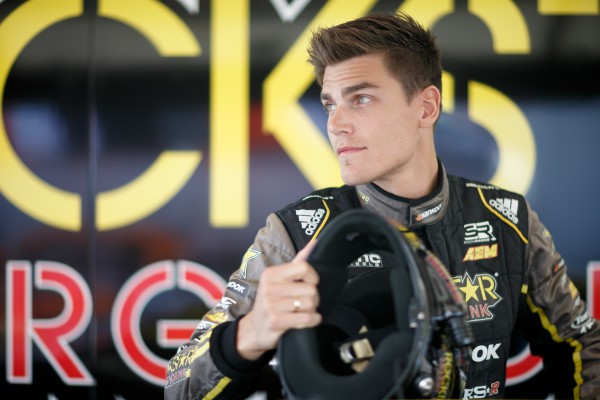 We are super excited to announce that we have joined forces with one of the worlds most famous Drift drivers Fredric Aasbo of Rockstar Energy. Fredric aka the “Norwegian Hammer” currently has campaigns in the US drift series, Formula Drift as well as select events in Europe, A fan favorite he started at the bottom […] 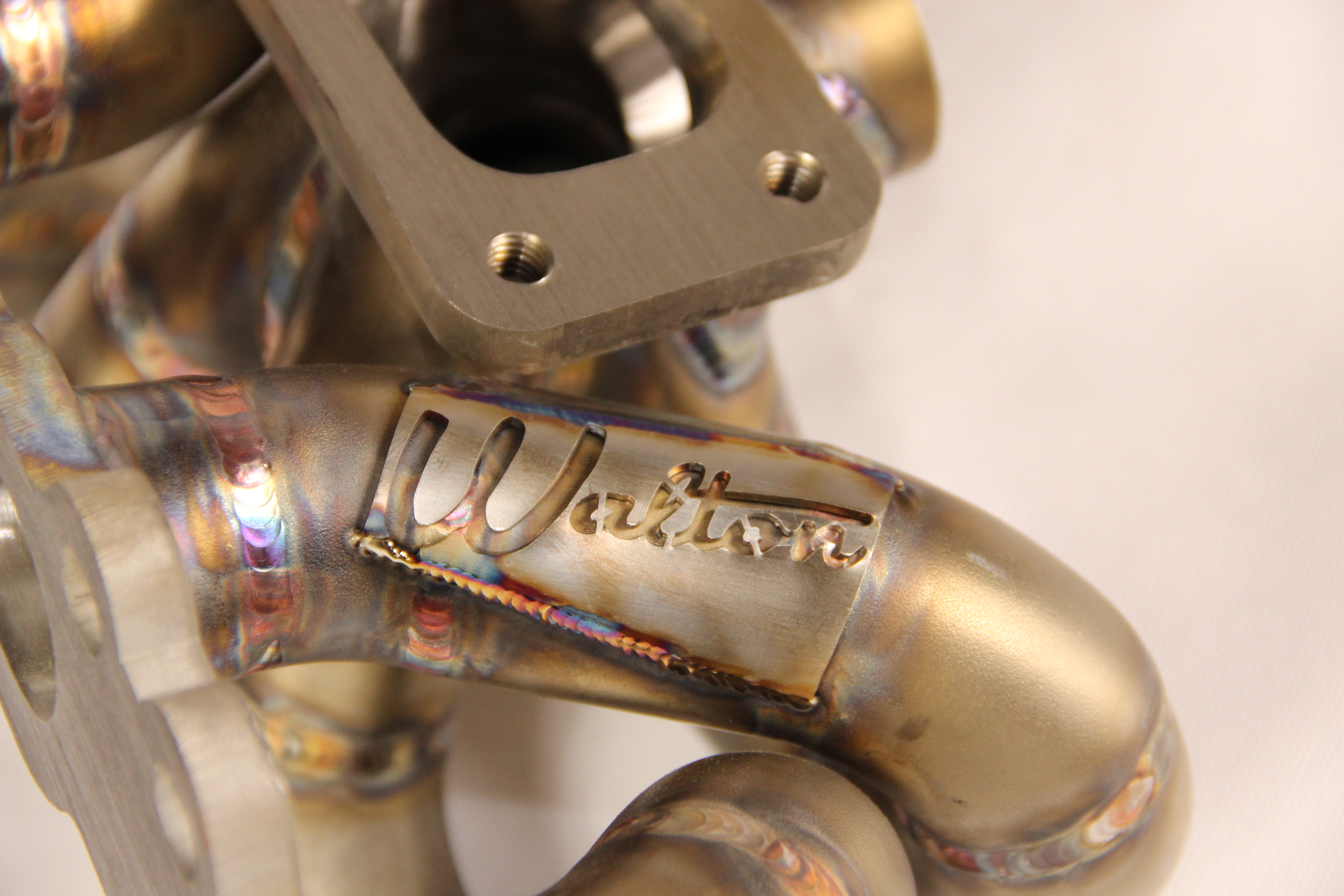 Why should I buy a Walton Motorsport Exhaust Manifold? Its time we put pen to paper (finger to keyboard) and came up with some reasons to use a Walton Motorsport exhaust manifold. Specifically, we are talking about our core range of manifolds. We go through a few extra processes in their construction to ensure that […]

It is with great pleasure that we can announce that Cosmis Racing Wheels UK will be a series sponsor of UK Grass roots series Drift Cup, Cosmis Wheels join title sponsor and brake line specialist Hel Performance, As well as Garage D, Go Fast Bits and Asnu Injectors. To top it all off we are […] 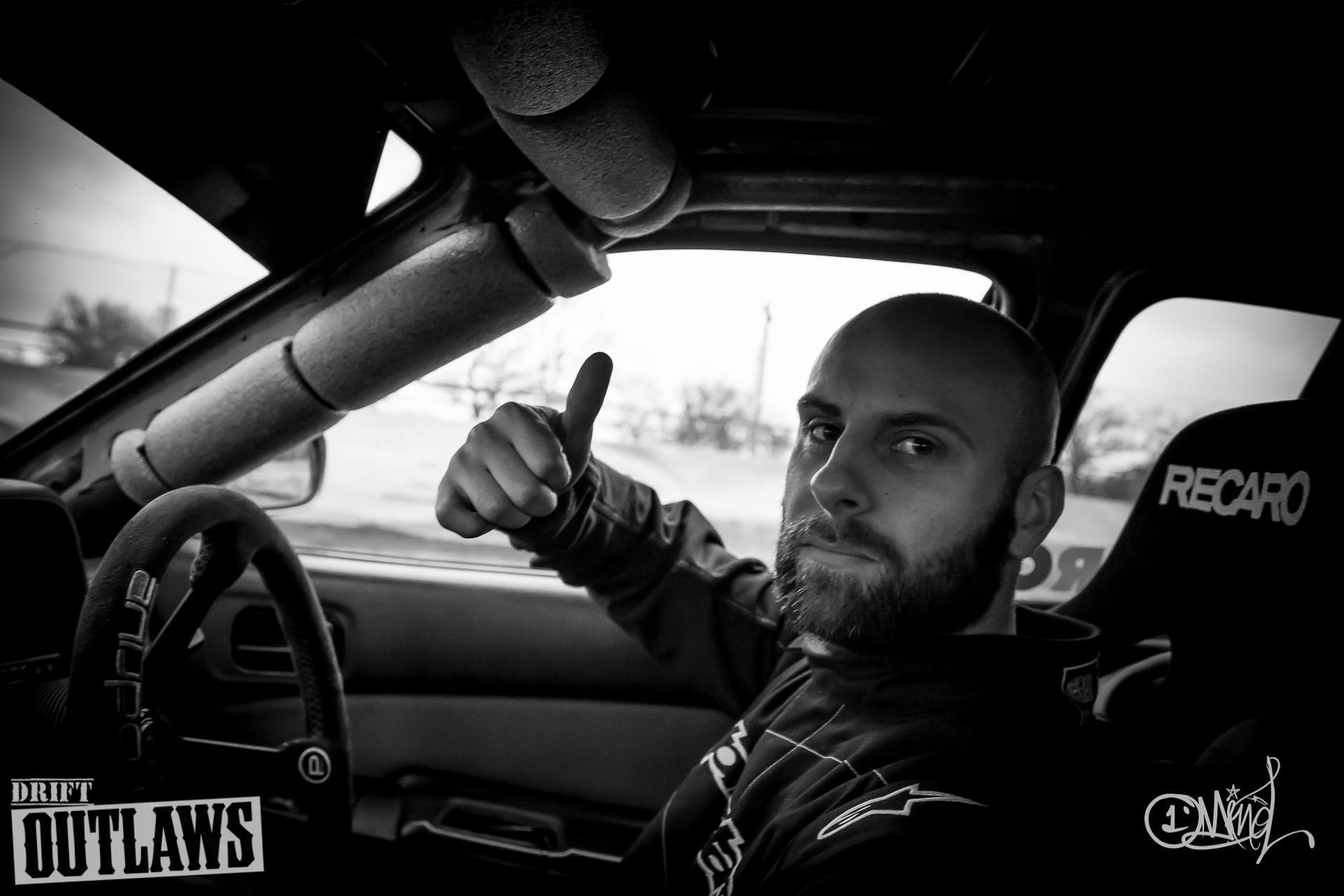 Next up with have BDC Pro Am driver Lee Barker, Lee may not be as familiar of a name as some of the top flight BDC drivers, but hes every bit as passionate about the sport. Lee started his competitive career driver for us under the Walton Motorsport banner in his R34 more door, he […] 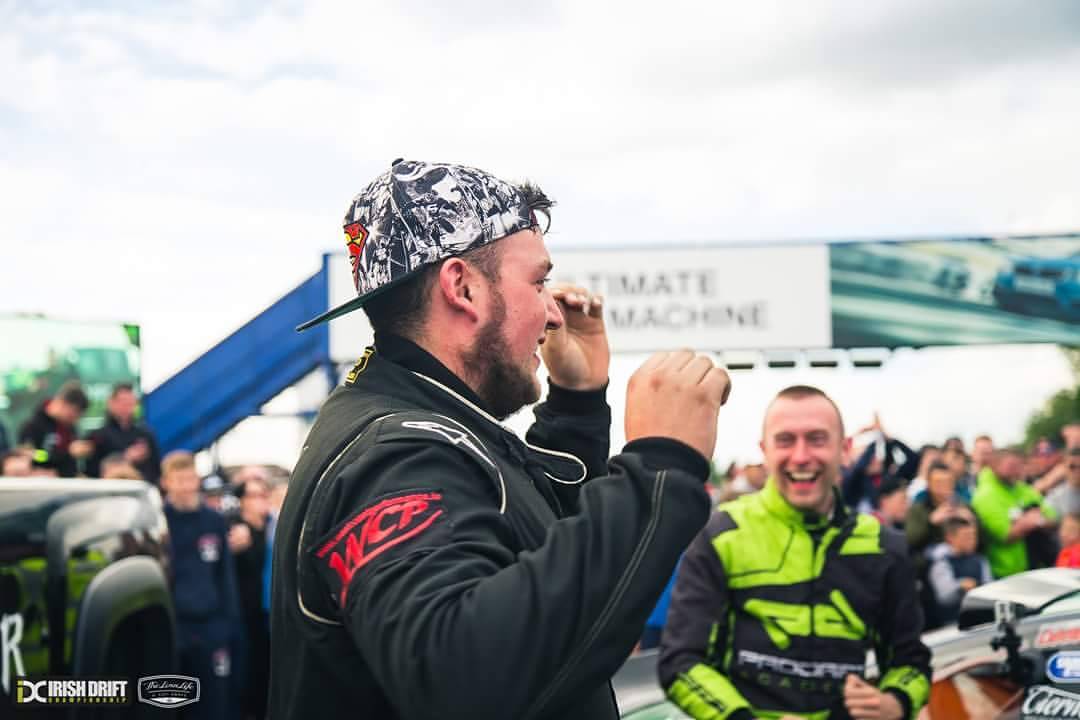 “My vote is with Jack Shanahan” – For any British or Irish Drift Championship fan, this phrase is so regular, that you may think head judge Keiran Heines has pre-recorded it. But that just goes to show what a driver Jack Shanahan is, The first person to win back to back BDC Championships, and all […] 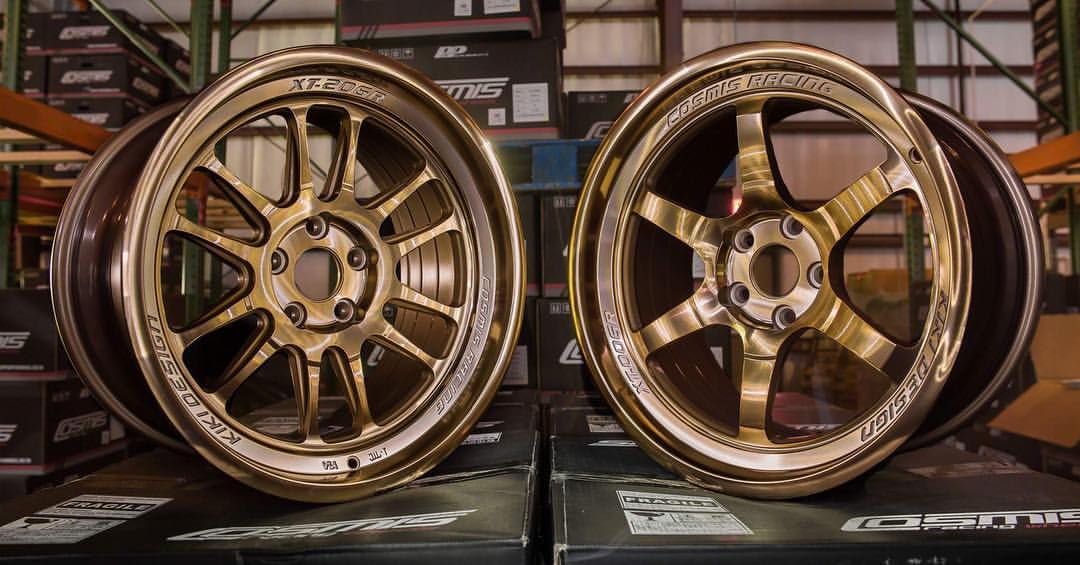 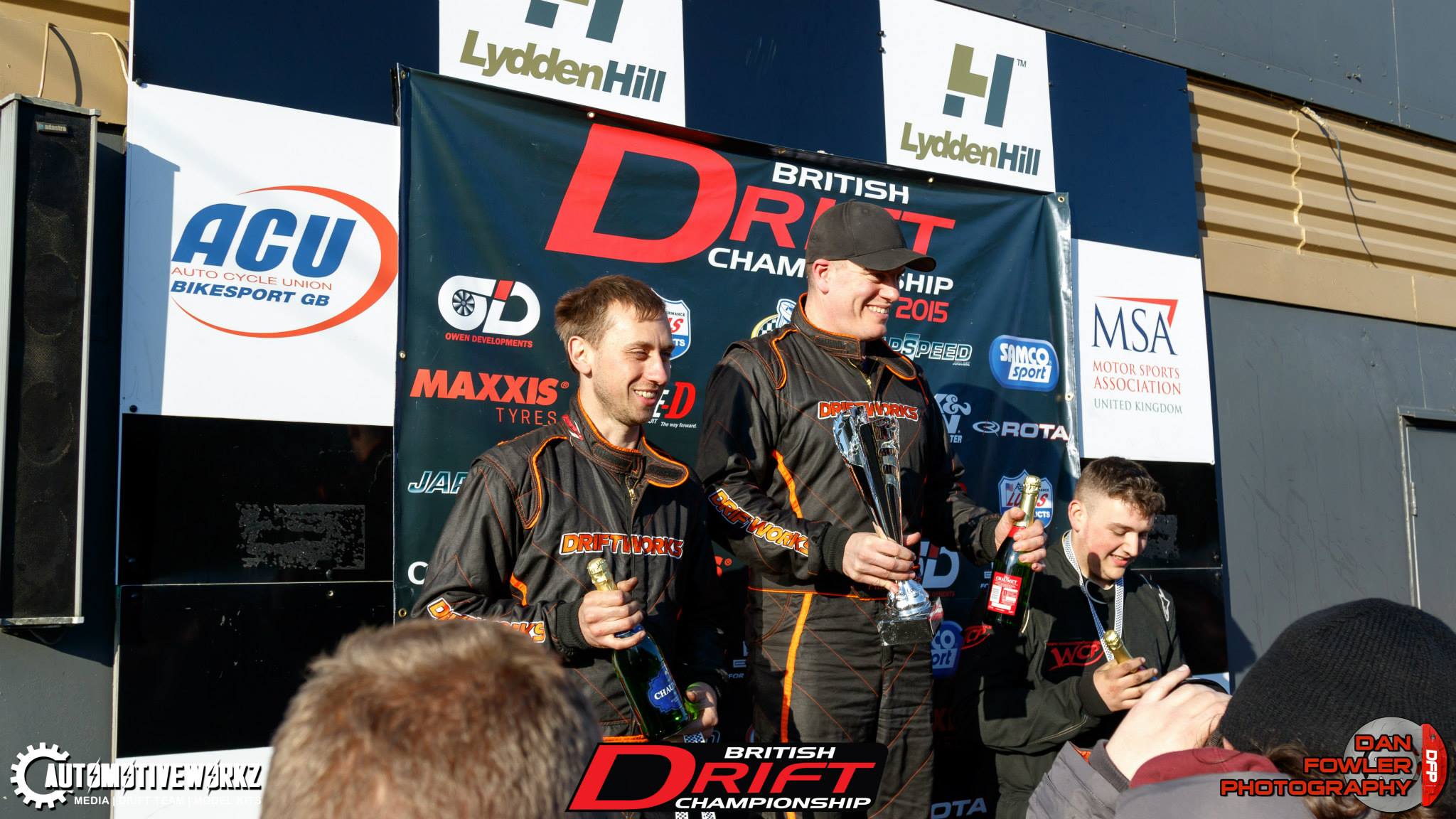 First up in our “10 questions with…” series we have Phil Morrison, a man who needs no introduction in the world of Drifting. But for those on the outside, Phil is one of longest serving competitors on the British Drift Championship grid. Phil has been known for his unusual builds, the original S15 featured some ground […]

Cosmis Wheels Markings We have been asked a few times what the markings on Cosmis Wheels mean, so we have decided to decipher all the markings for you guys. We have based this post around the flagship XT206r Model which is the split 6 spoke design you see adorning everything from BMWs to Fredrik Oksnevad’s Drift […] 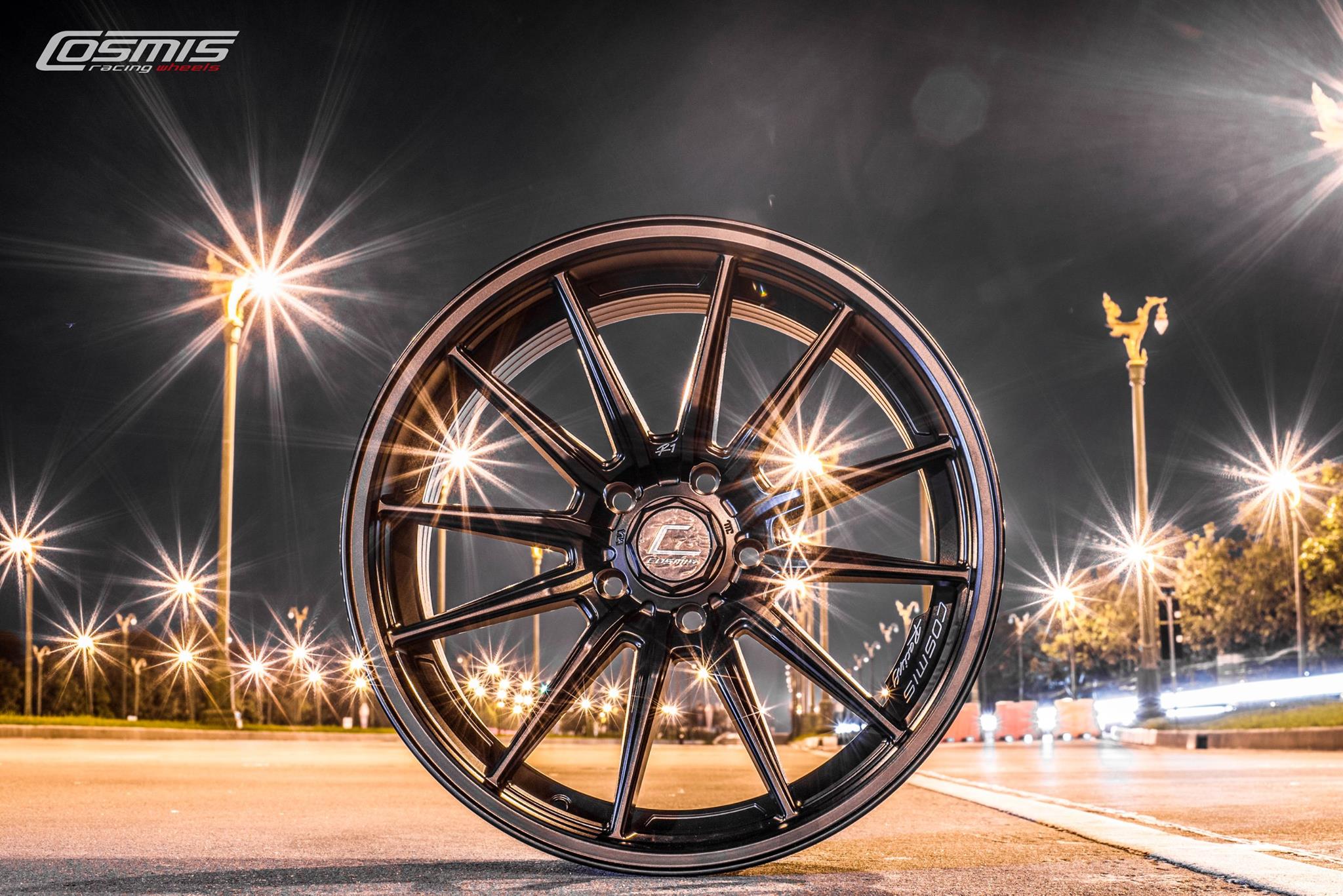 Cosmis R1 The Cosmis R1 is a popular choice due to its higher offset than Cosmis Wheels are traditionally known for, The Cosmis R1 is available in 18×9.5″ ET35 and 18×10.5″ with an ET of 30, this makes it a much more arch friendly option for those of you there who cannot fit the low […]

We came across this video that shows Jordan Paul Rasmussen fitting a set of Cosmis XT006r wheels to his Nissan Skyline R32 GTR, as shown in the video Jordan faces a common problem on Nissans where the front brake caliper hits the spokes of the wheel. This happens due the concave design of the wheels, […] 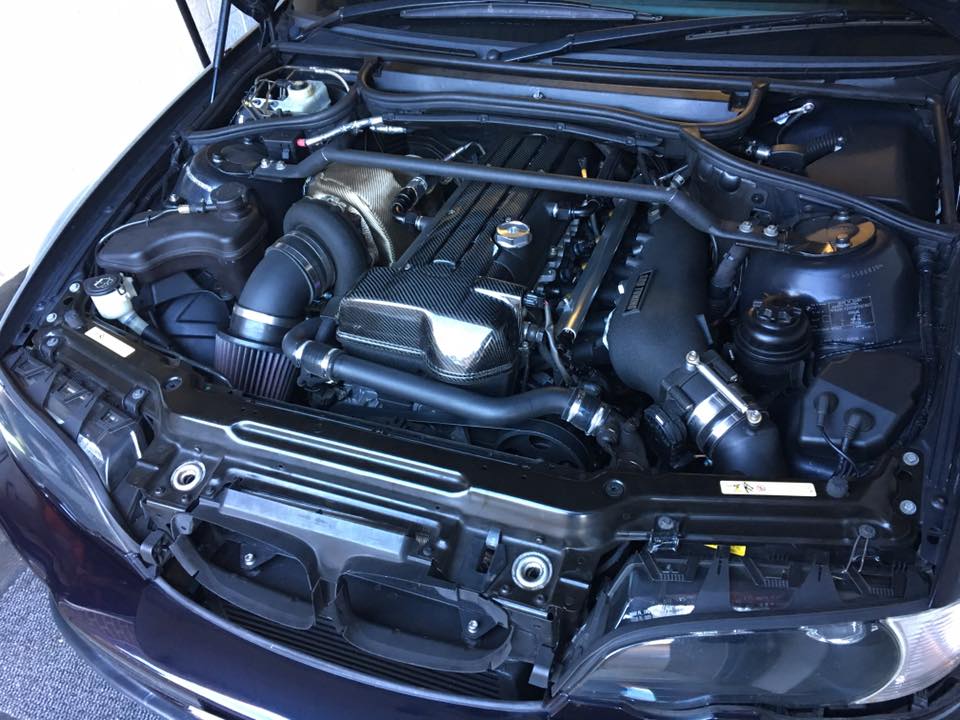 We recently completed a backbox to decrease exhaust restriction and increase power! 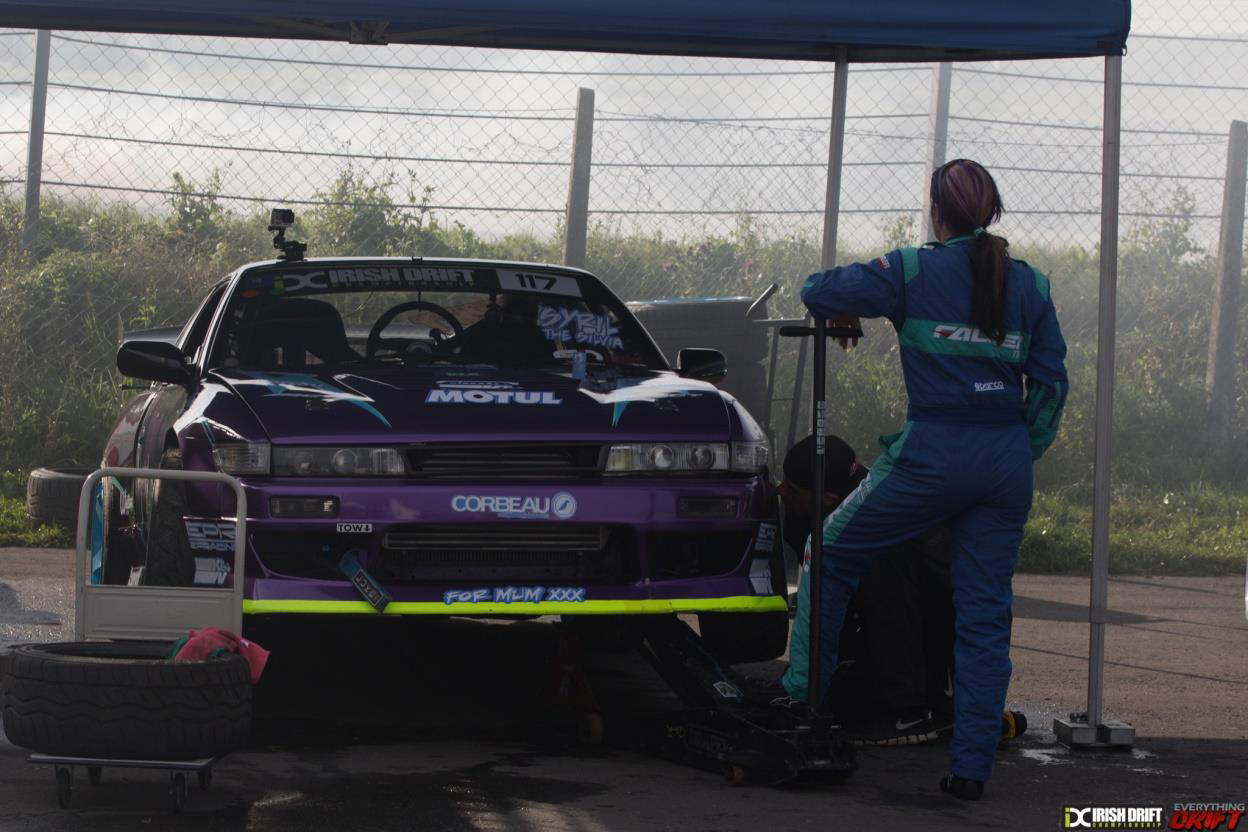 Kirsty Widdrington – IDC Round 5 Mondello Park “The Final Flood” In the words of Kirsty, “After Round 4 being an emotional roller coaster for myself I was really looking forward to getting back out in Syril at the final round of our adventure over in Ireland this season which has had up’s & down’s […] 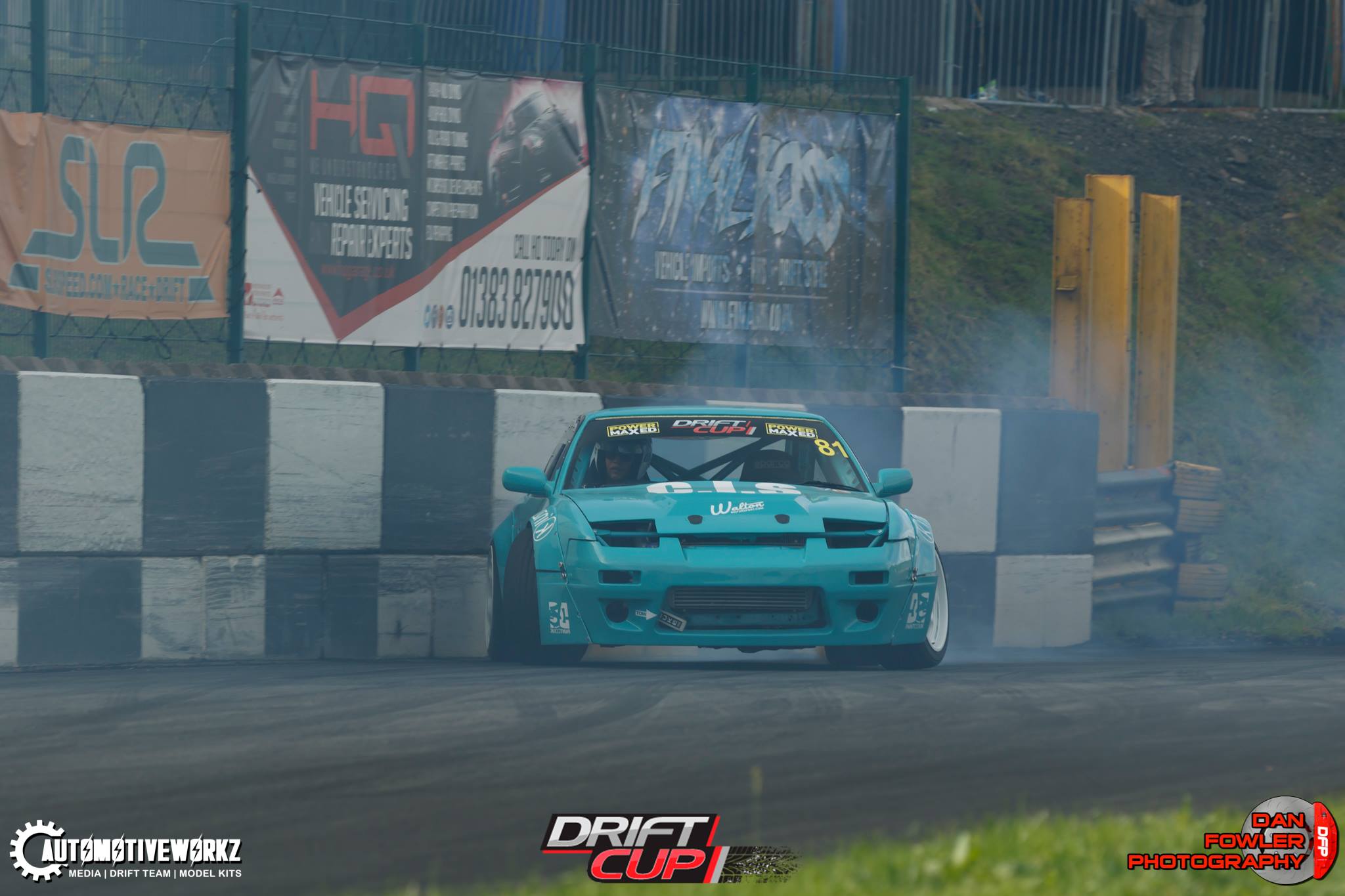 So the final Drift Cup didn’t go as planned, the car was running perfectly, Mike was enjoying the track, but unfortunately team Walton Motorsport did not qualify for this event. On the plus side, Mike didn’t destroy the S13 against the harsh wall of Driftland. With little to write about this Event, I will leave […] 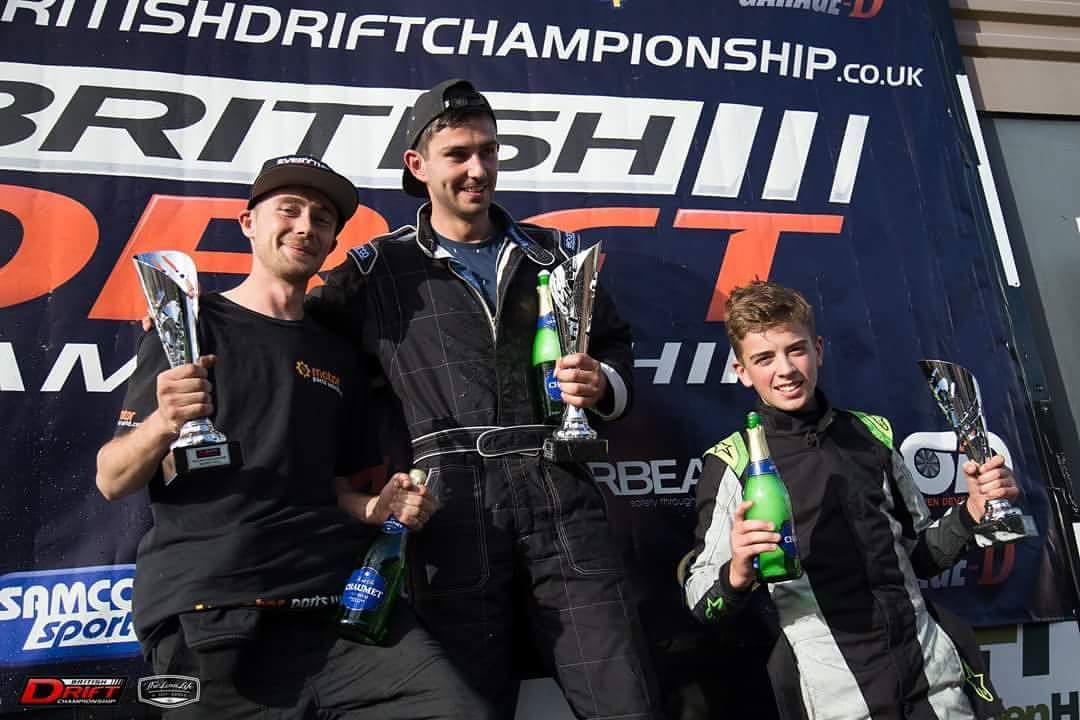 This is the event we have been looking forward to all year, Lydden Hill for the second time in the calender, however this time to make it more challenging, The British Drift Championship team decided to run the backwards with the most technically challenging line they could find! Competing this weekend under the Walton Motorsport […]