Next up with have BDC Pro Am driver Lee Barker, Lee may not be as familiar of a name as some of the top flight BDC drivers, but hes every bit as passionate about the sport. Lee started his competitive career driver for us under the Walton Motorsport banner in his R34 more door, he quickly managed to get himself into the British Drift Championship where he started fresh with his own team Midnight Motorsport.

So here are Lee’s 10 questions 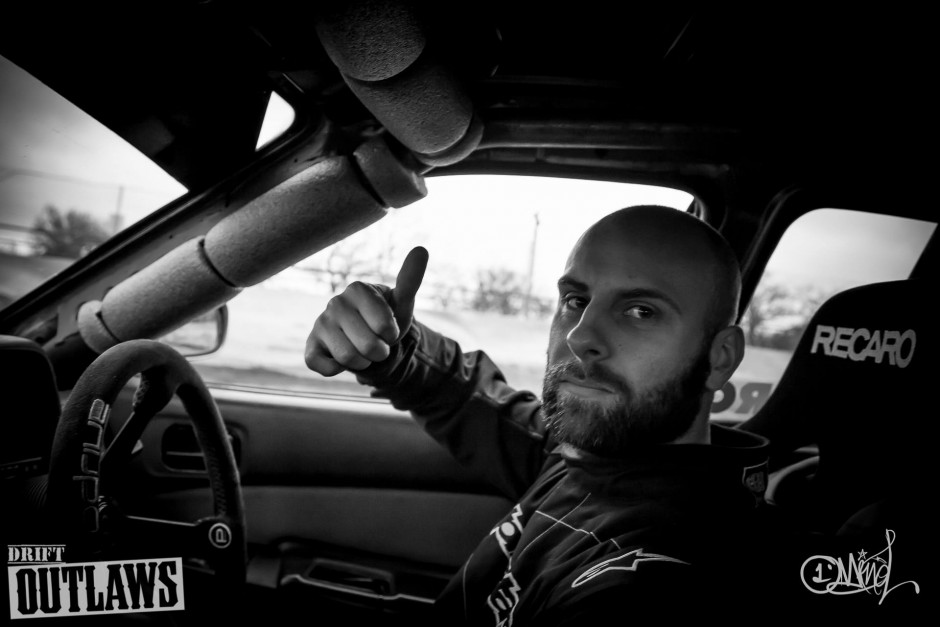 A 31 Year old hydraulic engineer and nightclub bouncer from Berkshire, along with being a semi professional drift driver.

WM – You compete in the Midnight Motorsport R34 4-Door, But what do you drive to work?

WM – What is your favourite modification/upgrade on the R34?

Kind of biased but the tubular manifold and exhaust system (Walton Motorsport Setup). it’s the noise the thing makes that grabs so much attention… I’ve never heard another skyline like it. 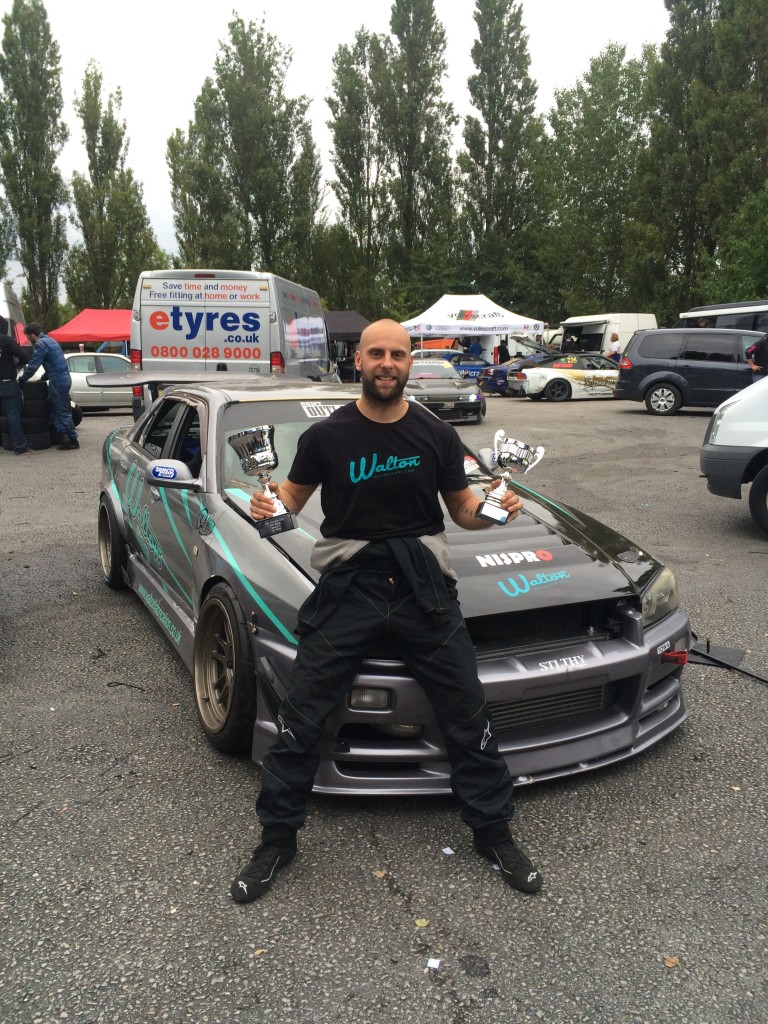 My first competitive season went well… the last round I came 1st and ended the whole season 1 point off winning the whole championship (Drift Outlaws 2015) against some quite experienced drivers. A few weeks later I then podium’d in a round of Driftcup getting me into the British Drift Championship which is exactly where I wanted to be.

I think its safe to say I would probably lock myself away, Its pretty much what I live for… No, I’m sure i would find another hobby, just nothing i’m anywhere near as passionate about. I do quite enjoy anything motorsport related though to be honest.

Oooo I think its gotta be Rockingham infield… linking that lot together, its so much fun

Not  much.. take a much needed break and then usually about a month before the season starts its a mad panic to try and get everything including the car, the team and myself ready!

WM – Who is your biggest threat to the Pro-Am BDC title this year?

There’s so many good drivers in the British Drift Championship. It’s like suddenly every driver has turned on their talent button.. I think i could possibly have some great encounters with Alexis Drew this year. He drives the same chassis as me and we’ve been partaking in a little bit of “banter” over the last couple of months. Although I did beat his ass in Driftcup ?

Oh and Oliver Evans.. great guy, better driver.. raw talent and we’re 1 a piece, Oliver has promised me a best of 3 battle.

My crew, I would be absolutely lost without my team and everyone that helps out. They keep everything running smoothly for me so that I can go out there and have a blast.

Wow ok… First thing that springs to mind is image. For Motorsport I believe image is a huge part of what makes it attractive to people, I would much rather watch a fleet of shiny well prepared teams and cars battling it out on track than a bunch of beaten up, worn out cars with panels hanging off them.

I would ensure that in order to enter an event, the cars and teams must be presented to a good standard. Otherwise whats the point in drifting? The sport will never push forward or develop if its not seen to be taken care of by the people most passionate about it. 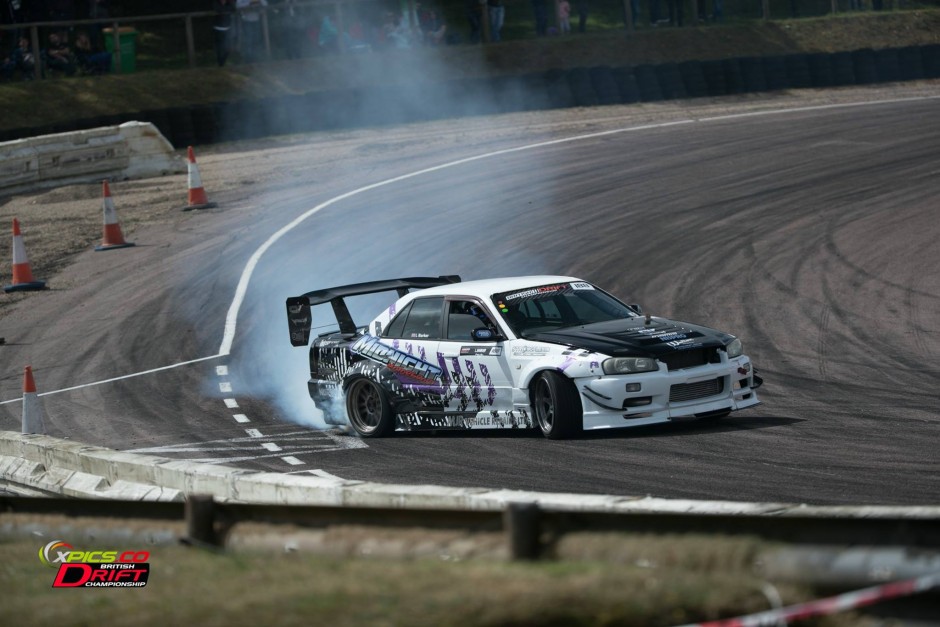